Princess Hope Charming is the only baby daughter of Cinderella and Chance Charming, and a supporting character in The Land of Stories.

“The princess was indeed beautiful. She was only a few days old but looked just like her mother, with auburn hair and bright eyes.”
―The Wishing Spell, page 420

Princess Hope is born to Cinderella and Chance at the end of The Wishing Spell. Most of the other monarchs come to her christening, as well as Alex and Conner Bailey. Cinderella names her "Hope", after the hope Evly had for finding Mira. Hope is blessed with the gifts of wisdom and health, compassion and wealth, of pride and discipline, and of beauty (though she had plenty to spare), and the Fairy Godmother blesses Hope with bravery.

Ezmia forces Rumpelstiltskin to kidnap 1-year-old Hope straight from her crib in the castle and bring her to her, as part of the Enchantress's plan to take over the world. Ezmia uses her as leverage later on to force her parents, King Chance and Queen Cinderella, into surrendering their kingdom by threatening to kill her. While she is in captivity, she is comforted by Charlotte Bailey. 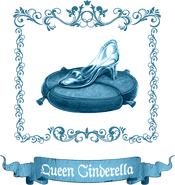 Add a photo to this gallery

Retrieved from "https://the-land-of-stories.fandom.com/wiki/Princess_Hope_Charming?oldid=4576"
Community content is available under CC-BY-SA unless otherwise noted.